Thank you!
We'll be in touch right away to set up a time to talk about Juno.
Oops! Please fill out all required fields. Thank you!
X

Juno: the Story Behind the Name 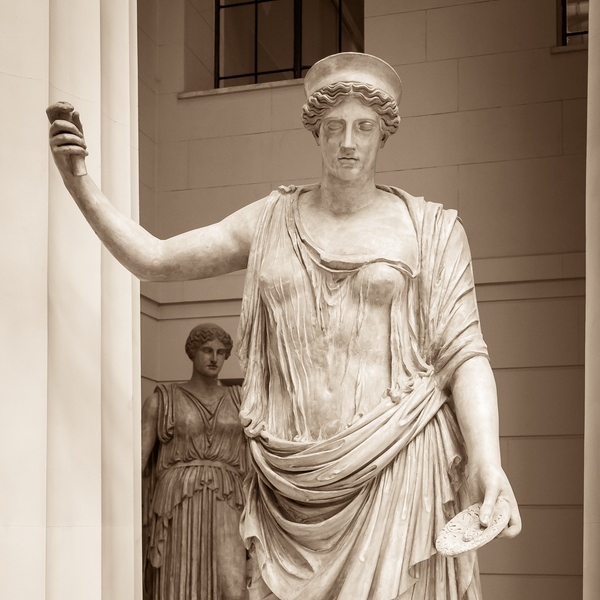 The mother of the gods

Juno is named for the mother of the Roman gods, Juno (Hera in Greek mythology). One of the most important of the Roman goddesses, she was known as the patron protector of marriage, families, and children. She and her husband, Jupiter (Zeus in Greek mythology), ruled Mount Olympus. While in many ways Roman gods were divine, in other ways they had the same emotional flaws as their mortal counterparts - and Jupiter and Juno were no exception.

As the story goes, one day, Jupiter was angry with Juno and physically threatened her. One of their sons, Vulcan, stepped in to intercede—and literally stood up to the most powerful god of all. Needless to say, Jupiter wasn’t pleased. In his rage, he threw Vulcan down from Mount Olympus. He fell for many days, and when he eventually hit the Earth, there was an enormous explosion of energy and molten rock - and the first volcano was born. But Vulcan was also terribly injured on impact and lost feeling from the waist down.

Unable to move, he was cared for by sea nymphs, and eventually regained his wits and composure. Incredibly creative, Vulcan created the world’s first wheelchair (known in Roman times as a “winged chariot”), and became known as the god of the forge. He soon was invited back to Mount Olympus, where he became indispensable, crafting such everyday items as palaces for all the gods, the shield of Achilles (although one might wonder why an indestructible man might need a god-made shield), and Pandora, the first woman (he was a hard worker!).

As the proud mom of the only disabled god in all of Roman mythology, Juno seemed like a fitting name for a company pledged to help today’s disabled children and their families live more productive and fulfilling lives.

Juno is the first company to bring child insurance to the United States. Juno provides up to $500,000 per child in addition to support services to families of children with a severe disease or disability.

Follow us for news, insights, and trends on how organizations are supporting workers and their families.
Thank you! You're all signed up. Make sure you add us to your safe sender list.
Oops! Something went wrong while submitting the form.